The Process Model Repository of the Future

A utopian vision for a successful library of business process models

Novice BPM practitioners are typically forced to develop their first process models from scratch, because they don’t have access to good examples they can study, adapt and reuse. A public library of process models would help beginners and experts alike, and enable more widespread business process management (BPM) adoption, but no-one has ever managed to make one truly successful. This article considers what’s needed. 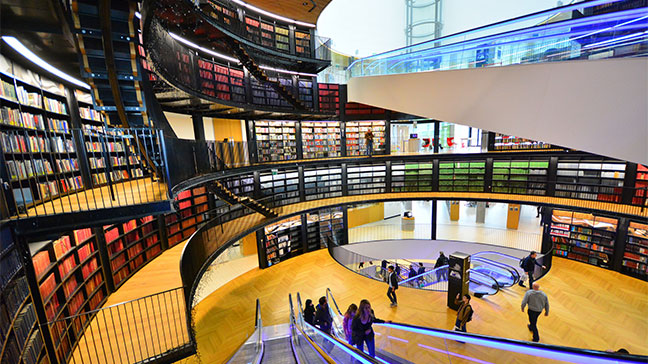 To get started in business process modelling, you need access to good examples of process models. Unfortunately, large numbers of these examples are not widely available, or publicly accessible. This absence of process model examples therefore limits BPM adoption.

Existing process repositories’ creators may decide that their repositories have achieved their goals. Perhaps their publications contribute to an academic field; perhaps their customers value their commercial products. However, you could also imagine a broader kind of success. Imagine a business process repository that all BPM practitioners use at some point, for some reason or other. Imagine a repository that thousands of people contribute to.

Currently, process model repositories generally don’t allow public access, and are written by a single source, instead of allowing public contributions. This is how encyclopaedias used to be produced, before they inevitably gave way to Wikipedia. The process model repository of the future will have more in common with Wikipedia than Encyclopaedia Britannica. And when they build it, they’ll tell the naysayers, ‘That’s what they said about Britannica.’

Among other things, success means reaching a large audience.With few exceptions, online content only reaches a large audience when it is publicly accessible. A successful process repository will be ‘findable’. On today’s Internet, large numbers of people can only find process models that have a public URL that Google can index and people can share via social media.

If process model repository owners restrict access to a specific product’s customers, or even require registration, then their models don’t exist as far as Google and social media are concerned, and the audience will remain tiny.

When a repository limits contributions to a small group of experts, it may well contain a high quality models. However, these models will have a limited focus, and the repository will remain too small to achieve either the breadth or depth that success requires.

Repositories that don’t engage process modellers in this discussion fail to create a modelling community. Without this community, the repository will fail to evolve, and its models will gather the Internet dust of abandoned community sites.

Modelling discussion inevitably results in substantial variation between different peoples’ models of ‘the same’ business process. As soon as you add any kind of detail, you discover unique aspects to every company’s business processes. A successful repository will encompass these variations by including both basic models, industry-specific variations, and explanations of the choices that relate a model to the actual work in a specific company.

If a process model repository does not navigate different levels of model detail, and handle all of the different ways that models vary from company to company in practice, then the audience won’t find the models useful. A repository that only contains one version of each model will only have relevance for a small audience.

As a final consequence of the need for public contributions, these contributions depend on the models having an open license, such as a Creative Commons license that allows for commercial use. Open-source software illustrates how many more people will contribute their work and creativity for free when they know that the whole audience will benefit, without content owners profiting unfairly.

Proprietary process models’ ownership restricts their use and therefore their value, forcing BPM practitioners to reinvent wheels that they own themselves. Few companies want to manage their work using someone else’s proprietary business process model (unless perhaps they paid a large amount of money for it).

To return to the idea of maximising the audience’s size, a successful process model repository will allow for one more kind of process model variation: languages other than English. Again, Wikipedia demonstrates a scalable model for language localisation, in which two models may be related by being (near) equivalents in different languages, without any requirement that every model have such an equivalent in every language.

Restricting a model repository to English-language models unnecessarily limits the audience size by failing to think globally. After all, although Wikipedia has a larger number of articles in English than any other language, as you might expect, more than 85% of the total number of articles are not in English.

Historical precedent and analogies with phenomena like open-source software and Wikipedia give a good idea of what the process model repository of the future, but fail to answer an important question. Why doesn’t it already exist? The inevitable catch lies in one great challenge: getting started. After all, the Wikipedia’s success appears to be obvious in hindsight, but you’d clearly have to be crazy to try to start such a thing from scratch.

Growing Your Business With Process Management

Just Right: How To Select The New BPM Tool You Need

BPM Theory to Practice with Signavio and Hasselt University

Freshen up your processes with the Signavio BPM Cookbook

Design thinking and BPM: A match made in heaven

How To Name Business Processes Using One Word (It's Scope)

The Top 5 Mistakes You Can Make When Naming Business Processes

Future state process simulation - why & how

How to manage process variants

4 Telltale Signs You Should Reboot Your BPM Initiatives

Managing the Complex Decision Logic of Business Processes with DMN

How to Develop a Business Process

Hello Cloud - lifting BPM to the next level

As simple as possible