Signavio and SAP – the true story

Signavio + SAP, this is a long story. All of Signavio’s founders worked for SAP at some point. For instance, Gero Decker, now Co-CEO of Signavio, contributed to SAP’s database product, then helped create the BPMN 2.0 standard and finally was one of the first people working on SAP Netweaver BPM. Many of his old colleagues from Hasso-Plattner-Institute are the key people behind SAP’s in-memory database HANA. It probably does not come as a surprise that there are quite a number of joint initiatives of SAP and Signavio. 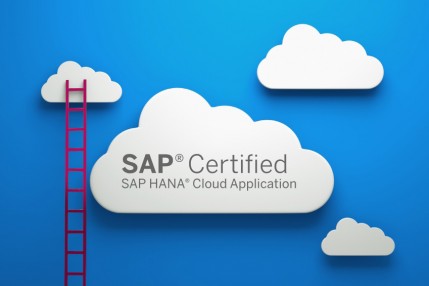 Implementing SAP applications is an important driver for many customers to adopt Signavio. Knauf did a SAP global template rollout using Signavio and EDEKA employed Signavio together with SAP Solution Manager for a process-oriented ERP rollout.

Taking a process-oriented approach to implementing an SAP system has many advantages. Process models are a nice way of getting business users and IT people come to a shared understanding. Bad surprises can be avoided by engaging business very deeply into requirements analysis. Process models show nicely which organizational changes have to be made for getting from the old to the improved process. Therefore, they often serve as training material when the new system is rolled out to the breadth of the organization.

By the way, quite a number of consulting companies have specialized in structuring SAP implementation projects along processes - using the Signavio Process Editor as their modeling tool of choice.

But SAP is much more than just a provider of packaged applications. It touches all technology areas of enterprise computing. Many of these areas lead to interesting connection points between SAP and Signavio. Exciting projects have emerged especially along the lines of cloud and BPM.

Signavio + SAP in the cloud

SAP started building and offering cloud applications long before Signavio was founded. Yes, Business by Design has not been the big success many people had expected. But slowly and steadily SAP is embracing cloud as its core strategy. The acquisitions of SaaS providers SuccessFactors and Ariba were important milestones for SAP, getting a major footprint in that area over night.

But also many other developments by SAP’s engineering teams are noteworthy. One of the outcomes was SAP’s Platform as a Service (PaaS) offering. Changing names a couple of times, SAP now calls it “SAP HANA Cloud”.

It is not the first PaaS offering on the market - Salesforce, Google, Microsoft and a couple of others were faster. But given SAP’s deep knowledge in building, integrating and running mission-critical applications for their customers, major traction on the PaaS side can be expected as well.

We heard about SAP HANA Cloud for the first time in summer 2012. We immediately got intrigued by the platform and soon started migrating our application to that platform. When HANA Cloud was launched, Signavio was actually the first vendor to reach certification for that platform, reaching official SAP partnership status at the same time.

Now, there are two cloud deployment options for the Signavio Process Editor: There are the standard data centers where Signavio is running by default, and there is the option to have it run on SAP’s platform.

The connection to SAP’s products for Business Process Management is another great fit for Signavio. In the past, BPM components were developed in the context of many different platform components and applications at SAP. In 2006, a major initiative was launched to consolidate SAP’s BPM activities and build one BPM component to be used throughout different stacks and applications.

The outcome of this initiative is Netweaver BPM. At its core, it is a process engine which natively supports BPMN 2.0. Around it, there are components for process implementation, task lists, activity monitoring and analytics. Netweaver BPM is a full Business Process Management Suite (BPMS) and plays in the same league like IBM’s products and camunda BPM.

SAP was a big supporter for the BPMN 2.0 standard from the beginning, driving many of the major improvements over the 1.x versions of the standard. The choice to go for BPMN was actually not obvious back in the days: The strong partnership with IDS Scheer was well alive and ARIS was still the preferred modeling environment. Choosing BPMN over EPC as modeling language also meant moving away from ARIS quite considerably and opening up to other tools like Signavio.

Now, 7 years later, Netweaver BPM has been deployed thousands of times. Typical use cases both include system-integration-centric scenarios as well as processes with heavy user interaction. In both cases, Netweaver BPM plays its strength of nicely integrating with all the other SAP technologies such as WebDynpro and service-oriented architecture.

SAP’s development environment and Signavio complement each other nicely: Signavio enables quick blueprinting of processes on the business level. Through its collaboration features and intuitive usability it reaches a wide range of people in the organization - without requiring any IT knowledge. Netweaver BPM with its Development Studio then allows to take the same BPMN 2.0 diagrams and refine them towards executabiliy. The model interchange is based on the BPMN 2.0 XML format, which was standardized by the Object Management Group (OMG).

A team of researchers at the Hasso-Plattner-Institute has taken an in-depth look at the integrated use of the two platforms and provided a detailed overview of the concepts supported by the two platforms. The result is not surprising: There is very large overlap in the BPMN language constructs and attributes used and models can be moved from one tool to the other.

Signavio + SAP together on stage

Since Signavio has become an official SAP partner, it is now easier for our friends at SAP to publicly show their love for Signavio. We are just beginning a series of joint events to showcase the value in combining SAP + Signavio.

Next chance to see the love on stage: SAP’s “BPM day” in Bensheim on 9 July. Signavio and SAP will present how the different products can be used together and get from collaborative process modeling using Signavio to process automation and analytics using Netweaver BPM.